Join us for the first edition of our informal conversation on the state of emerging media. Featuring guest speakers Lauren Ober and Nic Newman and hosted by Oliver Haugen (Head of swissnex in New York), this event will bring you the latest insights on podcasting trends in the US, Europe – and Switzerland. 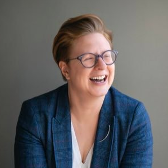 Lauren Ober is the host and producer of Spectacular Failures and has been known to fail a time or two. Prior to that she hosted and produced WAMU & NPR’s The Big Listen. In a life before hosting, Lauren was an award-winning public radio reporter, producing stories for outlets like NPR, 99% Invisible and Criminal. Lauren once won a regional Emmy and is hoping to nab the elusive regional EGOT before she dies. She is a graduate of the Transom Story Workshop, Syracuse University and American University. A proud Pittsburgh native, Lauren currently lives in the 51st state. 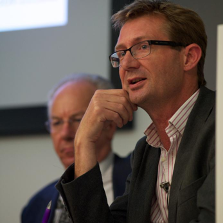 Nic Newman is Senior Research Associate at the Reuters Institute for the Study of Journalism, University of Oxford, and the lead author of the Digital News Report 2020. A journalist and digital strategist, he played a key role in shaping the BBC’s internet services over more than a decade. He was a founding member of the BBC News Website, leading international coverage as World Editor (1997-2001). As Head of Product Development for BBC News he helped introduce innovations such as blogs, podcasting and on-demand video. Most recently he led digital teams, developing websites, mobile and interactive TV applications for News, Sport, Weather and Local. He is married with three children and lives in London.